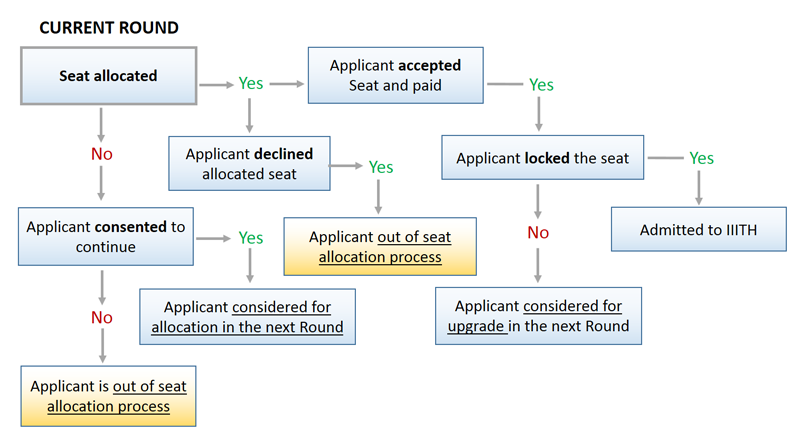 Note: “To be decided” dates in the table above will be announced after JoSAA-2022 schedule is published.

If a seat is allotted to an applicant in a round and is accepted, then the cancellation deadlines and refund amounts will be as per the dates stated for the same round (in columns 4 and 5 of the above table). This holds regardless of whether the accepted seat was the first preference of the applicant or not.